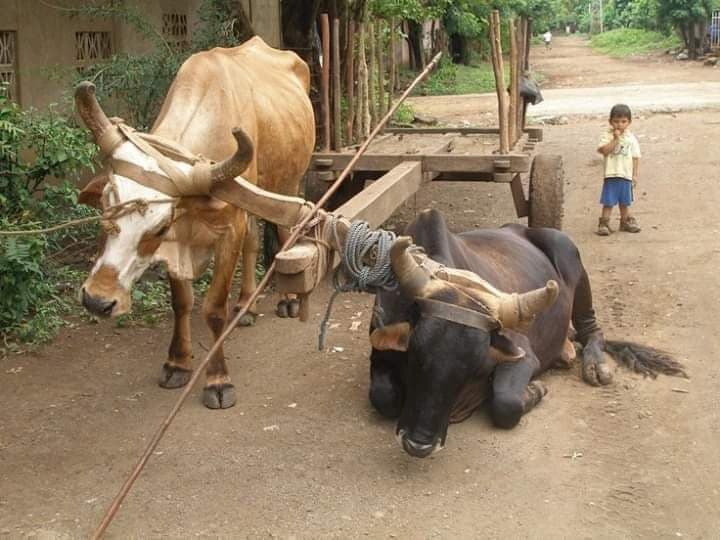 Can You be “Unequally Yoked” with a “Believer”?

As a trauma healer and Functional Life coach I sometimes poke around various Christian facebook groups to keep abreast of the challenges women and men are experiencing who are either trying to get out of their toxic relationships or looking for new partners. It doesn’t take long to notice that marrying a “believer” is the goal, and running from “unbelievers” is the common advice. Whenever there is any relationship trouble, the first question that’s asked is, “Is he a believer?” If he’s not then all the comments lean-to trusting God to bring you that believin’ man and if he is a believer they lean toward forgiving and absolving him because “what God hath joined together, let not man put asunder” (I’ll save that juicy topic for later).

Not marrying a “Believer” = Sin

There is a foundational belief that all one needs for a successful relationship (that honors God) is for both parties to be “believers”, it’s the magic sauce for safeguarding against an inharmonious relationship, as the most important part of a marriage is that God is in the midst; “a cord of three strands is not easily broken.” In fact, if we don’t marry a believer we are “in sin” as “There is no fellowship between light and darkness” (2 Cor 6:14).

It is also assumed that if you are married to a “believer’ then your marriage is blessed, you’re “equally yoked” and any problems you have within the relationship can be solved with prayer, submission or forgiveness. But is that what 2 Cor 6:14 is really saying? Is the criteria for selecting a mate or business partner that they are “believers”? It’s the assumed interpretation that we’ve been fed but is it the meaning?

Just what is an “Unbeliever?”

The Greek word translated as “unbeliever” is ‘pistos’ which interpreted (without bias) just means untrustworthy or faithless. If we take that one step further the meaning of  “faithless” is; inconstant, false-hearted, untrue, adulterous, traitorous, treacherous, fickle, flighty, unreliable, undependable, deceitful, deceiving, two-faced, Janus-faced, double-dealing.  So, in its simplest form, I’m not supposed to be in an intimate or business relationship with someone who demonstrates these qualities….pretty basic and makes sense.  But Christianity has neglected the spirit of the messages and clung to legalistic interpretations that can be followed without engaging the heart. The results are evident; Christian partnerships and marriages are not any more successful than anyone else’s, and sometimes considerably worse! So using this definition of “believer” to choose a partner is not a successful strategy!

Using the Spirit for Discernment!

Do we have other tools? Yes! The modalities I use in my healing practice are rooted in the science of Quantum energy whose definition is the study of unseen forces.  These forces are intimately connected to the electromagnetic frequencies of the heart and brain. We are spiritual beings having a physical experience and ignoring that is to our peril. So using the spirit that has been freely given to us to test the safety of our relationships is due diligence and our responsibility. (Watch for an article coming soon on “Trusting our Hearts; Doesn’t the bible say our hearts are desperately wicked?”)

I remember the day in the summer of 2007 when I was first faced with my understanding of how I should interpret this verse:

My children and I had escaped the trauma of our home and had connected with friends on the upper peninsula in Michigan who shared our horseback riding hobbies. We ended up on Mackinac Island for a day tour. The island is unique in that no motorized vehicles are allowed; not cars, lawnmowers, motorcycles, etc. All of the transportation and commercial and private work is done with horses with detailed rules and laws about how the horses carrying loads uphill and downhill are expected to perform. We opted to take a tour by carriage around the island. The horses and wagons on the uphill have the right of way for obvious reasons that involve stopping and starting a heavy wagon on a hill puts some undue strain and stress on the horses and could be impossible to start again without momentum.  As we waited at an intersection for an uphill wagon to pass we observed a team of horses pulling a heavy load of kegs of beer. A big Percheron male and a slightly smaller Percheron female were leaning into their harnesses to pull the heavy load, but as I observed, it became obvious that the larger far horse was making a pretense of leaning into his harness. He appeared to be pulling, but the mare next to him was doing all of the work and she was aware of it! She had her ears pinned back and was repeatedly nipping at his shoulder and the driver was getting exasperated with her as it appeared SHE was holding back the progress, so he kept flicking her with the whip and correcting her to move forward but every time she would put her shoulder into the harness the bigger horse would ease up ever so slightly so all the weight was being distributed to her collar!  I watched as the smaller mare pulled that entire load up the hill being disciplined the entire time with the bigger gelding just faking it. The children laughed at his laziness and the antics between them and the obvious ignorance of the summer worker who was driving them, but I felt an unnamed sorrow that she wasn’t being heard and she had to do all that work by herself.  As they headed down the hill and we gained the right of way he trotted out happily and she (exhausted) looked like the slacker again. This stuck in my mind and I was bothered by some comparison that I couldn’t quite name. Later that night as I lay in the darkness of the cabin listening to the breathing of my children, God spoke to me in the subconscious metaphor that he loves:

The two horses were equally yoked; the same breed, she was just slightly smaller due to her sex. They were an externally perfect pair. They were incompatible in that she was willing to work on her team and he was not. He wanted to appear to be a “team” (because he knew that was the right thing to do) and he was invested in making others believe he was, but he was fine having her carry the load and even allowing her to receive discipline for his lack of leadership, (as the larger horse). He was untrustworthy in his duties….gulp….I was that mare!  I was yoked with an untrustworthy man who used every opportunity to pass all of the workloads onto my shoulders; to blame me for his own failures; and work to convince others that I was the problem and he was the hard-working, cheerful and dedicated Christian. I was Unequally Yoked with a Believer! Could it be that God’s view of partnership is more related to the intentions of the heart than the designation of  Christian or non-Christian?

Discernment of the Heart

So, if we use the spiritual definition of “equally yoked” we’ll get an entirely different emphasis and meaning to “pistos” than if we use the Christian definition. If we were taught in our youth to use the deeper spiritual definitions of being “yoked” with someone who is “trustworthy” we would be much more careful and diligent about selecting a mate whose behavior reflected his commitment to wholeness and health of the other party; putting his own immediate needs behind the needs of the team, etc. But, wait a minute! That’s what love looks like!  Could that be what God was talking about? So, the next time some well-meaning but misguided Christian asks if your husband or wife is a believer and assumes that’s enough to assure a peaceful life full of mutual joy, remind yourself that God looks on the heart. (Then punch them in the throat!)